SUBMIT
Please leave your correct email and detailed requirements.
OK
Home About Us

Our promise remains
Give mobility options for our customer's wants＆needs 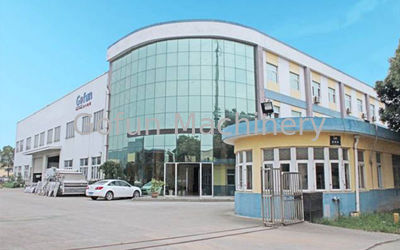 Shanghai Gofun machinery company, a professional fruit and vegetable processing line manufacturer and exporter in China. Which can offer the turn-key solution for different fruit juice, pulp & paste processing complete line with high quality and competitive production lines with daily capacity from 60 tons to 1500 tons. We can provide the one-stop solution from A to Z, including plant construction, equipment manufacturing, installation, commissioning, and production; provide the most optimized implementation plan.

Gofun Company provides the turn-key solution for not only the tomato paste production line, but also the processing lines for many kinds of fruits & vegetables, like apples, pears, plums, coconuts, mulberries, etc., and has received widespread praises from customers from both the domestic and overseas. Our machines have already been exported all over the world including Asian countries, African countries, South American countries, and even European countries.

In 2007, a technical team was set up, and projects were inspected at home and abroad to absorb and integrate domestic and foreign fruit processing technical schemes.

In 2008, the technical team began to design independently and manufacture small-scale equipment for production test.

In 2009, the company was established with a sales department and an import and export business department in the same year. Independent design, production and completion of the company's first fruit and vegetable processing project.

In 2010, it was certified by EU CE, and its products were exported to Spain and North America in the same year.

In 2011, the company completed the first overseas whole line project, a 15-ton-per-hour ketchup processing line in Algeria, providing customers with one-stop turnkey engineering services from plant planning to equipment manufacturing, installation and personnel training, which won recognition and praise from foreign customers. At the same time, it laid a foundation for the company's business promotion of fruit and vegetable processing in Africa.

In 2012, the company participated in the first food processing technology exhibition held in Algeria, which received strong attention in West Africa. In the same year, the aseptic bag filling machine developed by the company won the national invention patent certificate.

In 2013, the trademark "Gofun" was registered, and Guofeng Equipment began to own its own independent brand.

In 2014, the company provided donations and materials to the primary schools where Bangladesh mango processing project is located, and established a good international image. In the same year, he obtained ISO9001: 2008 quality management system requirement certificate.

In 2015, the company invested and built a 5-ton-per-hour citrus processing plant in Hubei, accumulating experience in process and equipment optimization in actual production. The company's volumetric aseptic filling machine has obtained the utility model patent certificate.

In 2018, the company participated in the Yunnan Precision Poverty Alleviation Project and successfully won the bid for the Rosa roxburghii processing project of Kungang Group, which was unanimously recognized by the government and customers.

In 2019, the company completed the agricultural development project of large state-owned enterprises in Ghana, and the ketchup processing and blending production line of 5 tons per hour. The President of Ghana personally attended the ribbon-cutting ceremony at the project site.

In 2020, the company set up a branch factory in Jingjiang, Jiangsu.

We can offer the turn-key solution for different fruits juice, pulp & paste processing complete line with high quality and competitive production lines with daily capacity from 60 tons to 1500 tons and customizations including plant construction, equipment manufacturing, installation, commissioning and production; provide the most optimized implementation plan.

Manufacturing quality equipment is our basic duty, focusing on customers’every need and providing the most optimal solution is the value we represent.

There are more than 70 employees in our factory. 12 people in the technical department. Includes 3 senior engineers, 9 engineers and technicians. 35 skilled workers, 8 sales engineers, 5 after-sales engineers, etc.